Mono Lake is a large lake in Central California. It is believed to have been formed some 760,000 years ago. Because there are no outlets, there is a high salt content in the water. The lake is known for its unusual rock formations (Tufas). Tufas are formed from a chemical reaction between calcium and carbonates in the water. They grew under the water, but are visible because the lake levels have dramatically decreased over the years. I captured the images below in 2011 and the interesting thing is that they were captured in the morning and evening of the same day. 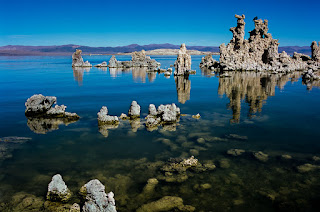 Captured on Fuji Velvia 50 and scanned 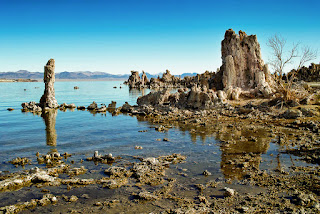 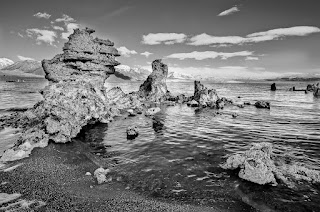 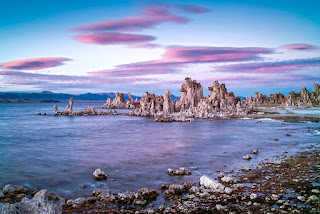