I recently ran across these images and thought I would share them. These images were captured in early Spring of 2009 in the Eastern Sierras. Looks are deceiving because while it looks nice and pleasant, it was 22 degrees. This first image was captured from the side of the road at 500mm, 1/800, f/10 at ISO 250.

This next image was captured on Fuji Velvia with my Hasselblad at 50mm. With film there is no EXIF data associated with the file and I can't remember my settings from 2009, lol. 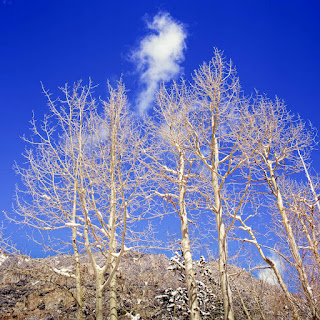