MAPLE VALLEY, WA (August 6, 2012) - My nephew Haydn was one of four Jump Start participants to be featured in a piece by the local Seattle show Evening Magazine. To our surprise, the host of the show, Meeghan Black and her photographer came out for the video shoot. They shot for about three hours, including the use of a GoPro cam strapped to a gymnast and on a stick running along side the tumbling passes. Below is the segment that aired on August 7th and some stills I took during the shoot. 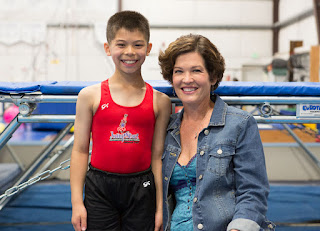 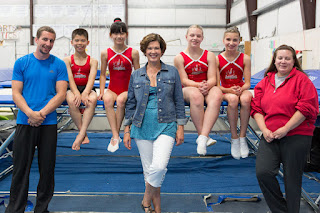 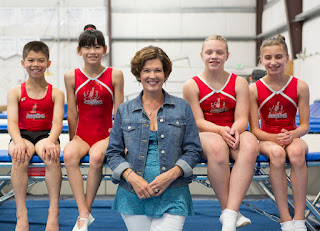 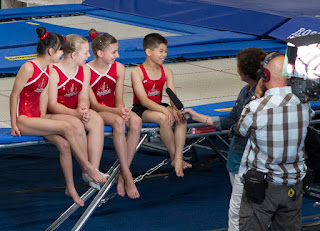 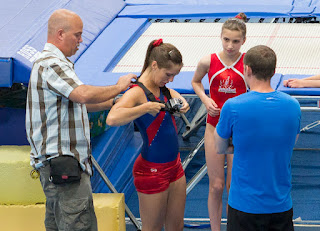 Strapping on the GoPro cam for the trampoline footage